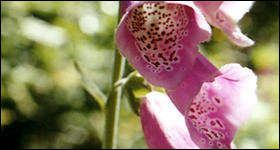 Welcome to my Blog, enjoy your stay!
An athor who donates to charity, including Pudsy BBC Children in need appeal!
Author
Author & what some do.
Great Sites
Things to Do

When writing articles for Associated Content remember
that when you write your article directly in AC template, that if you do not keep a separate copy on your home computer of the article and for any reason you cancel your account or are banned for any reason from this site, that you will not be able to retrieve your article later.  I strongly advise you to save your work onto a memory stick, disc etc, because if you don’t and you have for example a hard drive virus you will lose everything!

If you are put under investigation for any rule breaking (which I am right now, their affiliate links rules) or banned you will find that you cannot retrieve any of your own articles, photographs or anything else from this site.

Now this means that you might well find yourself, not only unable to retrieve anything but also in consequence to check what is what on them that has or hasn’t broken the rules.

In other words you are punished not only by the fact that you have an unpleasant notice put onto your content productions page, like this one quote ‘This page is temporarily unavailable. The content is under investigation.’

All your article pages irrespective if they have broken any rules or not will say when clicked on from any link, quote ‘The content you're looking for is temporarily unavailable.’

The first I personally knew that something was wrong was when I was notified by others, I had no notification what-so-ever from the Admin at Associated Content, This all happened to me at the beginning of May.

When I went to log in today to see if anything has changed yet I got this message, Quote ‘Alert! Your account has been temporarily suspended while it is reviewed for a potential violation of our terms and conditions.’

When I first got blocked out of my account at Associated Content, I obviously had no idea why, I emailed admin on the 12th of May to find out what was going on and got no reply. I only found out because a friend of mine on Associated content asked the question for me on a thread there, and put up a message from me, which I could not read or reply to personally.

Eventually, a person from Admin posted a reply onto this thread, which my teenage daughter read out to me as she also is writing articles and working on a book of poetry. She then tried to do replies for me as I didn’t want to write anything without being able to log on myself. So now I was in a situation of actually having not right of reply. I found it very odd that my daughter and anyone else on Associated content were informed on that thread ahead of myself.  This should have been sent to me by private email; it should really have been kept a private matter between me and the Admin at Associated Content.

My daughter lost it and flipped out, when people on the thread turned nasty making assumptions that were incorrect, saying that my daughter and a friend of hers were aliases of me, and one even called my daughter a fake and insinuated that she was my alter ego.  In consequence my daughter did a silly video (Beware British teenage humour) to prove that the three of us were not one person, and called it ‘Proof we are real x’

Here is the video below:

No idea what Associated Contents final decision will be, your guess is as good as mine. OK I was wrong to put some affiliate links into some of my articles, I actually did this without thinking as I was thinking more about how to help other authors than I was about making money at the time. Daft but true, however I have apologised sincerely for doing so.

Now I am trying to be objective about all of this, but I do feel a bit perturbed at the way in which my rule breaking on Associated Content has not as far as I can ascertain been treated in the same manner as those who have broken the same or similar rules on this site. So I have taken the main points and tried to work it out in my head.  Please feel free and give me your opinion.

I do not understand why other peoples who have broken the affiliate link rule, have just had their links which break rules within their articles simple disabled within their articles by admin, and their article/articles have been allowed to stay published online, whereas one CP (including all of her articles without any rule breaking links) have been removed from public viewing. How does admin equate the two below examples? Why are these two CP’s treated so differently?

Example CP one: CP one has broken rule/ rules with reference to affiliate links in articles.

1. Links are removed by admin within the articles in question of CP one.

2. Presumably CP one gets a warning email saying something like do it again and you will be banned.

3. None of this CP’s articles are removed from public viewing.

4. No one, public viewers or other CP’s knows anything about what has happened, apart from not being able to click on some links within some of the CP’s article/articles.

5. CP one continues to earn from all their articles.

6. CP one presumably received a private warning (Rapp on the knuckles not to do it again or else.)

8. CP one has lost no revenue due to the actions of admin and nor has AC.

CP two has apparently broken the same rule/rules as CP one.

1. CP two suddenly finds themselves effectively banned from AC, with her CP article pages showing a damming notification that they are under investigation appearing when anyone clicks on their page/pages. (This we all no most people would automatically take to mean that they had committed a serious and probably criminal offence.)

2. CP two gets no notification from admin as to what is going on, this occurred on Monday 12th of May. CP two sent an email asking admin what was happening on Monday, 12 May, 2008 9:28:02 PM, it is now Friday 16th of May and CP two has yet to receive a personal reply from her email. However there is a thread in the forum now, where Sam of admin has been kind enough to look into the matter. Sam then kindly informs everyone on this thread what is going on. CP two’s daughter is also on AC so she reads out what is being said on the thread to CP two who does not have access to the thread on her own computer, and cannot reply personally, just through her daughter. CP two has an eyesight defect which prevents her from using her daughter’s laptop. Now all CP’s can follow the thread, and answer or have their say on this situation, but CP two cannot other than in the manner stated above.

4. Every member of AC can read the thread and it is therefore now public knowledge on AC what going on. Those who are not members of AC obviously cannot read the thread, but they would only have to join in order to do so.

5. CP two can no longer earn any revenue from her articles, irrespective of whether of not they have broken any rules.

6. CP two did not receive any warning from AC admin, and at the time of writing this has not received any reply from her email regarding such.

7. CP two’s reputation has and is continuing to be damaged by the action taken by AC at this point in time. (No warning or Rapp on the knuckles for her, like CP one had from AC admin.)

8. When CP ones reputation was/is not damaged by the punishment dished out by AC, then why one has to ask have they taken this harsh punishment out on CP two? CP two has had her reputation damaged; her revenue on AC cut to nothing, and AC’s revenue is also being lost due to this.

Now your guess is as good as mine as to whether CP two will be reinstated by AC or not. What worries me is that this could happen to any CP. Are any of us safe? Would we be the lucky one and get a Rapp on the knuckles or would we be the one to be dealt the harshest punishment for the same or similar broken rule/rules?

If you happen to be an author with published works on Associated Content, I do hope that this has opened your eyes as to what can happen to you, and if you are thinking of joining this site at least you will now be aware of what not to do.

Welcome to your new Bravenet Blog.

You can maintain your blog by logging in to your Bravenet account. Once you are logged in you can customize the layout, colors, and features. In addition, you can add your own links, edit your profile, add your friends, and change many other options to personalize your blog.

Once you begin using your blog, you can view statistics in your members area to see how many people are reading your blog as well as where they come from.

We hope you enjoy your Blog. Be sure to tell all your friends about this great new service from Bravenet!

Bravenet Blog
Get One For Free!
powered by